Construction of a TOOLS FOR LIFE school - Gobak, Senegal

After TOOLS FOR LIFE renovated, equipped and opened the first bush schools for approx. 100 children in Goback in April 2011, the resonance from interested students was so large that a new school building was needed. The plan was quickly prepared and a year later, in April 2012 after only 4 months of construction, a solid brick school building with three classrooms and a residential flat for the teacher was opened. Up to 200 students are taught and acquire a primary education and therefore, knowledge and prospects for their future – for their own development and, last but not least, also for their homeland.

To help the region with not only the supply of water, but also to support the regions advancement in education, TOOLS FOR LIFE, together with their partners and the people in the region, have engaged themselves in the building of local schools since 2011.

Education is an extremely important resource in the region – especially for the girls whom in large part remain uneducated. For most of the parents, it’s not worth investing what little money they have in their female offspring, since these - according to the traditional role of women - are responsible for family and children, as well as field work, supplying water and taking care of the household. 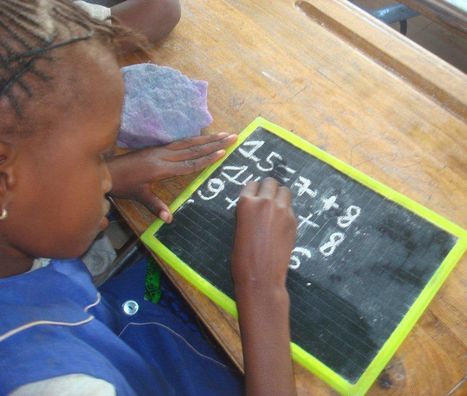