Currently, students have to study in classes of 70 in cramped and dilapidated rooms. These rooms are used as a market place on Fridays and weekends. Nearby there is a plot of land with 5ha for the new school building, which could be extended to a high school later on.

The school has no toilet facilities, neither for the staff nor for the students. Furthermore, there is no administrative wing or office space. Students are taught in three classrooms, which are in poor condition. Teachers' apartments will also have to be built as needed.

In order to provide the students with an adequate learning environment, TOOLS FOR LIFE supports the construction of new classrooms including interior furnishings. Toilets for the students and teachers will also be built. In order to enable a regular school routine, the teachers and the principal of the school will receive an administration building including a computer. In addition, the construction of a well including a school garden is planned, which will provide the students with fresh food. Newly planted trees will provide shade. The school grounds will also be fenced to prevent wildlife from entering the school grounds. Since the classrooms will be built in modules (1 module = 2 classrooms), the school can be expanded as the number of students increases. 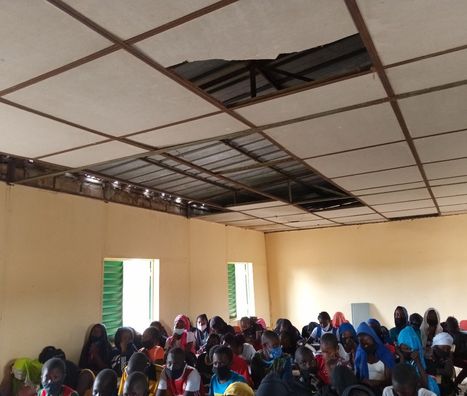 The community of Fissel is located 55 km southeast of the regional capital Thiés. Despite official compulsory schooling, the Senegalese state, especially in the countryside, is doing a very poor job of keeping up with the construction of schools. The reason for this is the enormous population growth. In the last 25 years, the population has doubled to almost 15 million people. The school classes are very large, there is usually a lack of didactic resources and classes are often cancelled due to frequent strikes by teachers.
Learn more about the country