The TOOLS FOR LIFE Foundation is supporting the project initiated by the association Ingenieure ohne Grenzen, „Clean Water for the District of Rakai“, with 10,000 €. The aim of the project is to give access to clean drinking water to the 3,000 inhabitants of the village of Minziiro by building a well and several water tanks. The village is sub-divided into an upper and a lower village. Until now, Minziiro has had no water supply. The inhabitants collect water from pods and other open water. This water is often dirty and makes the inhabitants sick. In the dry season, the inhabitants have to walk several kilometres or buy water at high prices. TOOLS FOR LIFE, together with Engineers Without Borders, want to change this together. The plan is to drill a well in the valley, from which water can be pumped into a tank in the upper village. A second tank will be built near the well. The village inhabitants can buy the water at a cheap price, adjusted to the purchasing power of the inhabitants, at two water kiosks. The revenues are intended for upkeep, maintenance, and repairs. With their financial contribution, the inhabitants of Minziiro make an important contribution to the sustainability of the project, on which TOOLS FOR LIFE places so much value. This will ensure that the installation can be used over the long term. 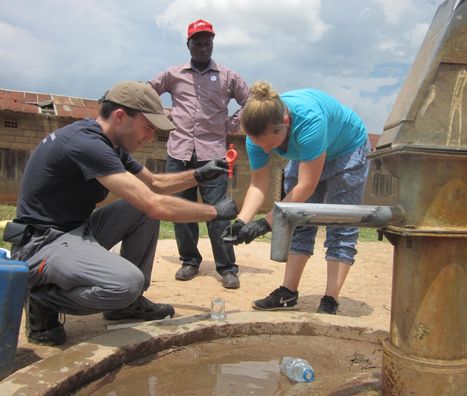