The aim of this project is to provide St. Michael’s Secondary School in Butende with a dormitory capable of accommodating 100 girls. The TOOLS FOR LIFE Foundation is contributing €10,000 to the project.

In 1997, Uganda made primary education free. In 2007, it also removed fees for secondary education. Since then, the number of children going to school has risen markedly. As a consequence of what in theory was a welcome development, Uganda’s educational system nearly collapsed. When the change was implemented in 2007, the portion of students who graduated from primary to secondary school skyrocketed from 50% to 69%. The reform programme incorporated 1,000 public and private schools. Children often have to travel long distances to reach their schools. Consequently, many of them provide their students with the opportunity to live on-campus as they would in a boarding school.

St. Michael’s Secondary School in the southwestern town of Butende has a student body comprising 340 boys and girls. There are currently 36 girls and 16 boys who sleep on campus. Dormitory space is insufficient. Many students are forced to sleep in classrooms, which makes them unavailable for giving lessons.

It is particularly important for female students to live close to school. Uganda has a major problem when it comes to sexual violence against women. It is estimated that half of Ugandan women have suffered from sexual violence at some point in their lives. This is why it is especially important to help female students avoid having to travel long distances to reach school.

St. Michael’s school will receive a new dormitory for its female students. It will accommodate up to 100 students and feature traditional bunk beds equipped with mosquito nets. Sanitary facilities including toilets and washing stations will also be incorporated. Installing rain water tanks will help to offset the resulting increase in water usage.

In addition to the installations being built, three workshops will help to raise awareness of issues surrounding child protection and children’s rights. These workshops, which are to be headed by external experts, are intended not only for the teaching staff but for the entire school community. PROBONO School Partnerships for One World e.V. is carrying out this project. 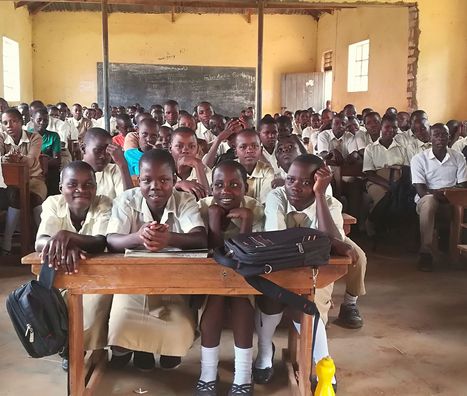 Further information on the situation of schoolgirls in Uganda can be found here: https://rdcu.be/b4Ie4
Learn more about the country