After the art exhibit „Mal_anders“ (something different / paint different) which was carried out last year in cooperation with and for the EVIM Behindertenhilfen, with the musical theatre “un-imaginable” in 2014 a new TOOLS FOR LIFE project will support the artistic initiatives of the club. The theme was chosen by the players and orientates itself on 1001 nights and the piece “Erzähle, Du Schöne” (“narrate – you beauty”) with subtitles from ghosts, robbers and other humanity interpreted in their own way. Approximately 30 EVIM supervised actors will participate under the direction of a free director from Wiesbaden. The opening night is on June 13th in Tattersall in Wiesbaden. Additional shows are planned for the 14th, 21st and 22nd of June. The required budget for the project is about 12,000 EUR. 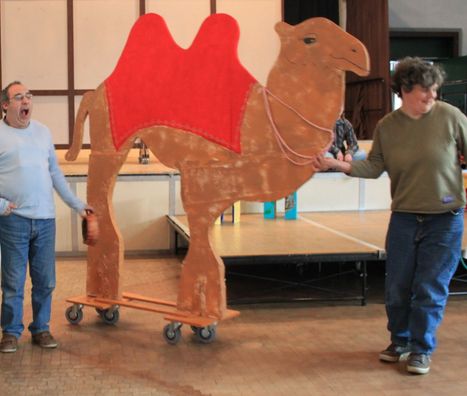