Many regions in Tanzania suffer from water shortage. Due to various factors such as climate change, the water shortage will increase. The project aims to provide the Mtae region in the Lushoto district with a sustainable supply of clean water. Operationally, the project is implemented by our partner organization Weltweit - Gesellschaft zur Förderung lokaler Initiativen e.V.

Causes of the water shortage include changing rainfall patterns due to climate change, the rapidly growing population, clearing of forest stands in source areas as water reservoirs, agricultural water withdrawals (current consumption of 89% of available water).

In a first project in 2019 and 2020, studies were made and experts were interviewed on how the water shortage in the Mtae region could be solved. In the second project, which is now starting, the aim is to implement the suggestions of the experts and investigation. At the end of the project, the inhabitants of the region should have sustainable access to clean water.

The sustainability of the project is guaranteed by the Mtae Water User Association (MWUA). The establishment of the organization is also a part of the project. The MWUA is to create awareness for the necessity of active forest and water protection and to maintain and repair the existing water infrastructure (pipes, wells, cisterns).

For this purpose, 20 inhabitants of the region will be trained as water engineers. This will be done in cooperation with the Mabughai Technical College in the Lushoto district. The training of the water engineers is supported by the TOOLS FOR LIFE Foundation. 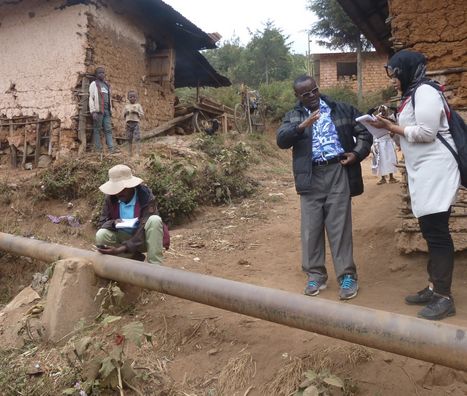 During the last 15 years, Tanzania has experienced seven major droughts that have caused an average of $200 million in annual crop losses. The lack of fresh water can lead to diseases such as diarrhea and typhoid due to ingestion of contaminated water and malnutrition due to crop failure. As the population has doubled and economic output has tripled in the past 25 years, the amount of renewable fresh water per capita has decreased from 3,000 to 1,600 m³. An amount below 1,700 m³ of fresh water is considered a concern (onset of water stress). For 2025, a value of 1,400 m³/person is expected. A clear sign of "water stress" is the Great Ruaha. Formerly a year-round stream, it now dries up for 2 to 4 months a year.
Learn more about the country